Mary Kenneth Keller: The first woman to earn a PhD in Computer Science in the US was also a Nun.

Continuing with our adventure into the world of science and technology pioneers, who also happen to be women, I would like to introduce to you Mary Kenneth Keller.

Mary Kenneth Keller was born in Ohio in 1913. Although not too much is known about her early life we do know that in 1932, at the age of 18, she entered the Sisters of Charity of the Blessed Virgin Mary and went on to take her vows as a nun in 1940. Not too many years later she earned a BSc in Mathematics from DePaul University, quickly following it up with a Masters in Mathematics & Physics. She became the first woman to earn a PhD in Computer Science in the United States.

She studied at some of the most prestigious universities in America and worked in the Computer Science Centre workshop in Dartmouth College (a male only institute at the time). During her time there she assisted in the development of the BASIC computer language.

Up until that time only mathematicians and scientists were able to write custom computer code. The creation of BASIC completely changed that and gave anyone who could learn the language the ability to program thus making computing accessible for most of the population. She went on to found the Computer Science department at Clarke College in Iowa and remained their Director for twenty years.

Mary Kenneth Keller was passionate about computing at a time when it was mostly reserved for the academic elite who were also mostly male. She envisioned a world where computers could learn on their own and considered Artificial Intelligence to be an extremely achievable goal stating “For the first time, we can now mechanically simulate the cognitive process. We can make studies in artificial intelligence.”.

More than that though she could see the potential to radically change how we educate ourselves and provide information to everyone, anywhere! She was a true pioneer.

Discover the life of Sameera Moussa

Discover the life of Hedy Lamarr

Read about ‘The Matilda Effect’ 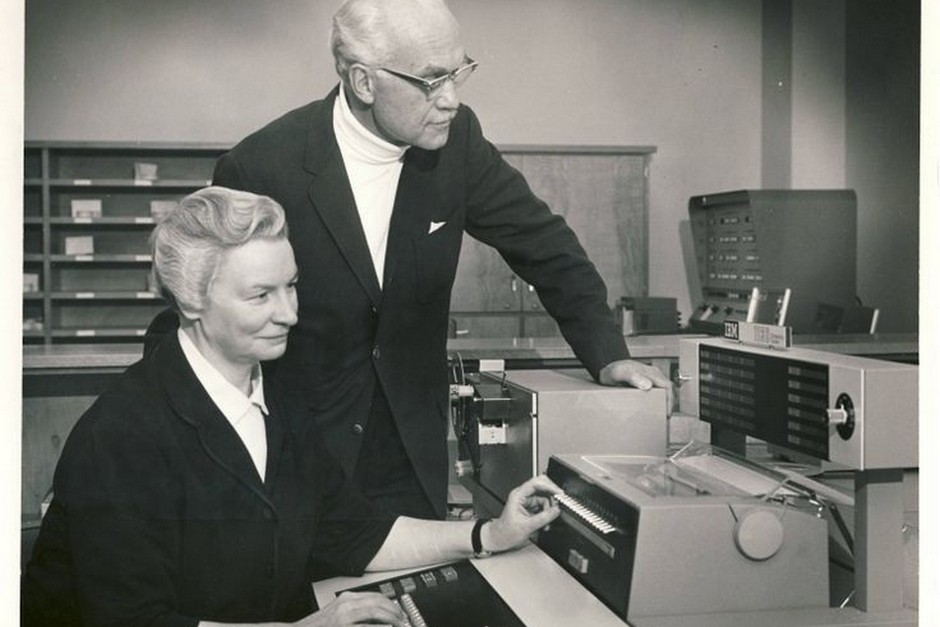