The future is bright for women in engineering

International Women in Engineering day happens on the 23rd of June annually. Its purpose is to celebrate the amazing women who have gone before us as well as those currently in the engineering sector and to highlight the awesome career prospects to young women who are just starting out on their career path.  For this year’s women in engineering day, I would like to celebrate two specific women. One whom you have probably heard of, and one you may not have yet.

Hedy is perhaps most famous as a successful actress in the 1930’s. One of those “silver screen goddesses of MGM” types. What you might not know is that she was an accomplished engineer and inventor too. During the Second World War, she was the co-inventor of a frequency hopping device to remotely guide torpedoes. Along with her colleague George Anthiel they got the patent for their Secret Communication System on 11th August 1942. Unfortunately, the U.S. Navy weren’t interested in using inventions that came from outside the military. The patent lapsed in 1959 but, in 1962 the communication technology was installed on U.S. ships that were sent to blockade Cuba. Today, the ‘frequency hopping’ technology has been integral in creating GPS, Bluetooth and Wi-Fi. Hedy and George were posthumously inducted into the National Inventors Hall of Fame in 2014.

Girls are taking up STEM subjects in equal numbers to boys at GCSE level so, where are they all going?

I decided to ask a current engineering student her perspective on what it’s like to be a woman studying what is clearly still a male dominated area.

Emily Kirk, who is currently studying her 2nd year in Aerospace Engineering at the University of the West of England, kindly donated her time to come and meet me in the office to chat. Emily decided to go into engineering while completing her A Levels when she discovered she really enjoyed mathematics and physics. Always a problem solver, she didn’t let the fact that there were only four other girls in her A Level classes put her off. By the end of the A Levels, there was just one girl.

During her course, Emily noticed that her teacher sometimes made jokes or said things that made her uncomfortable and showed that he probably hadn’t really considered what it was like to be a girl study those subjects. Luckily that attitude didn’t put Emily off going to University and, it didn’t continue when she got there. Although there is still a great disparity in the amount of girls on her degree compared to boys, she said that her lecturers do not treat her differently and the other boys on her course don’t either. She was adamant that she has not experienced any sexism of any kind from anyone whilst studying in Bristol and can even say that the Head of Engineering & Mathematics is a woman. When I asked if she thought that the gender bias in engineering is changing she was very sure that it was, in a positive way and that the future is very bright for women in engineering.

So perhaps it’s all an image problem? I had a quick look at some advertising in the Engineering & Technology magazine that was specifically designed to attract more women to the sector.

A quick glance showed that they were trying to sell engineering to girls using images such as tampons, broken apart dolls and in one (awful instance) a rocket shaped like a phallus. All the ads seemed very tone deaf to me and in some ways were still selling the same sexist points of view that turned off generations of women from engineering.

As a recruiter in the engineering sector, I hardly ever see CVs from women. I am truly hoping that will change in the coming years. I don’t think we are going to do it through advertising campaigns, I think we will do it by changing the way we talk to children about engineering subjects.

Let’s stop saying things like ‘girls are bad at maths’ (yes, that was said to me when I was in primary school). Let’s tell girls, and boys, that they can do anything as long as they put the hard work in!

Find out more about engineering jobs in our job profiles 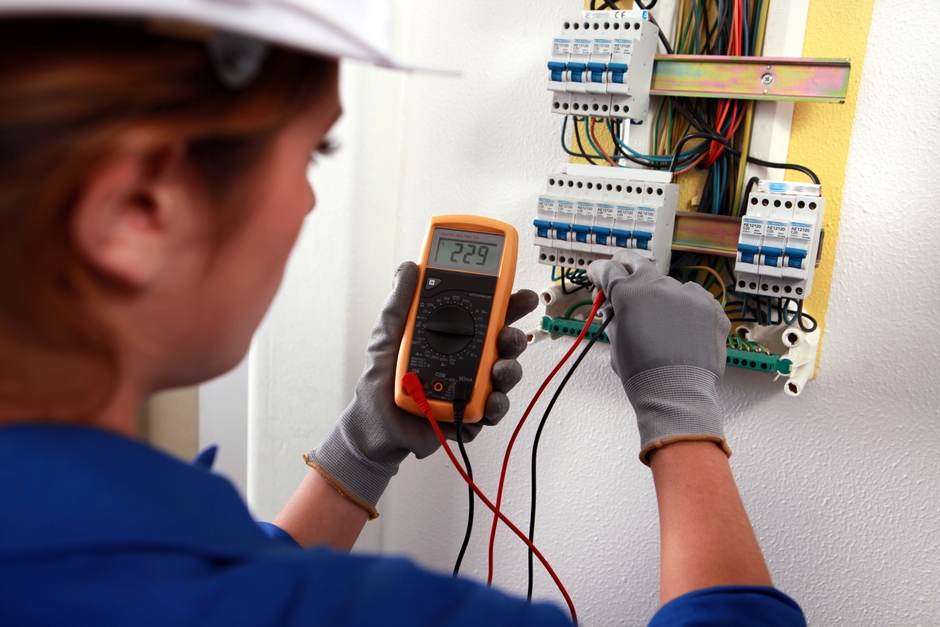